In a time of food shortages, climate change, and drought, environmental pioneers have been joining in to help tackle some of the most pressing problems in the world through the use of technological advancement. 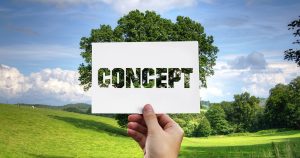 The following are 10 promising technologies that can potentially help to revolutionize our world of consumerism. There are some that are in development currently while others are attempting to gain more of a foothold within society. However, they are all very promising solutions to some of the most serious threats that are being faced by the world today.

Modern agriculture’s future might actually take place indoors. Plants are being grown hydroponically (without soil) by vertical farms in multistory, large buildings underneath artificial light. This allows crops to be stacked on top of one another and grown a lot faster compared to traditional farming methods.

There are some advocates that argue that the new technology might become the norm as early as 2050, as cropland continues to become more scarce and an increasing population demands increased amounts of food. Vertical farms over the short term may be up 100 times more productive compared to fields, and they grow all of the produce organically due to the contained environment they are grown in.

Of course, when you are alive you can be just as green as you want to, however, what about the environmental impact that you make after you are dead? Sustainable burials is a new market that is blossoming to help to counter the chemical-filled and carbon-intensive methods that are used currently.

Now you can be buried in everything ranging from a biodegradable casket to a “mushroom death suit,” without any embalming. There is an even more creative method that takes a person’s ashes and places them inside “reef balls” to help with restoring our damaged coral ecosystem. After all, the underworld is your oyster.

Over the past couple of years, lightning has come a very long way. Many of the energy-using incandescent light bulbs were banned by the U.S government in 2014 to favour LED’s and compact fluorescents.

However, what is really exciting is how new lighting technologies are being applied. LED’s have been identified as a potential weapon to fight against the very deadly malaria that has struck the developing areas of Africa. Also, next-generation LED technology is helping vertical farming take root, as previously mentioned.

Americans are terrible about how much stuff they throw away. The average individual in the U.S. produces an average of 4.4 pounds of trash per day and only recycles about one-third of it. However, it is estimated by the Environmental Protection Agency that 75 percent of the total trash at least could be diverted into compost and recycling facilities if people weren’t so liberal about what they threw away in their garbage cans.

Far-reach recycling and composting programs have been instituted by several cities to help cut back on the amount of waste and to prevent food scraps from going into the landfills. This year, Seattle made throwing food waste and food into the garbage illegal as an effort to help increase composting.

Batteries are due to be upgraded.

Elon Musk of Tesla has stated that he is planning to build a huge factory that will supply lithium-ion batteries to be used in electric cars – up to 500,000 per year. It has also been announced by the company that they will be introducing a new rechargeable battery line that will store solar energy for powering businesses and homes.

When it comes to renewable, as the cost of solar power continues to fall it is making it much more affordable for homeowners to be able to install solar panels on the roofs of their home. Solar costs have dropped from a cost in 1970 of $150 per watt to less than 60 cents a watt now.

However, the U.S. continues to lag behind many other countries. Solar arrays have been installed by Americans on around 600,000 businesses and homes to date. However, places such as Germany have much more prolific coverage by comparison. The reach of the country at one point last year used renewables to produce almost 75 percent of its total energy demand.

Offshore wind is one of the final big hurdles faced by renewable energy. Turbines situated right off the coast can generate nearly constant amounts of green power.

The first offshore wind array located off of the U.S. coast was Cape Wind. However, this multi billion-dollar project has run into a number of funding challenges and the farm’s future is in doubt. More success has been achieved by other countries, including floating turbines located off of Fukushima’s coast, which was the site of the nuclear disaster that took place in 2011 in Japan, and a wind farm located in Scotland, that drew the wrath of Donald Trump.

Another Musk company called SpaceX has been attempting to revitalize the space exploration process and fuel all of those “Star Trek” fantasies of ours with reusable rockets.

Since rockets are so expensive, Musk has advocated for a long time that reusable shuttles should be used as a way to lower space travel costs by 100 times. SpaceX has had difficulties with its initial three test flights. However, it is just a matter of time until the landing finally sticks.

With the California drought still ranging, numerous farmers are concerned about their water-guzzling fields’ future. Despite the numerous water cutbacks that have been imposed on homeowners, so far agricultural has not been affected by Governor Jerry Brown’s drought-fighting mandates.

It is not always feasible to move crops to areas of the country that are less parched, but what farmers can do instead is to plant crops that are drought tolerant, like resilient, genetically modified seeds that are able to survive on a lot less water.

Many of us may admire that impressive Tesla Model S sitting across the seat from us. However, that $70,000 starting price tag is very exorbitant still. Tesla started to sell used electric vehicles, but other companies are wanting to join in.

Tesla stated that it is allowing other companies to access its patents in order to help boost the innovation of green automobiles. BMW has started to produce electric vehicles starting at nearly $30,000 less than what a Tesla Model S costs.